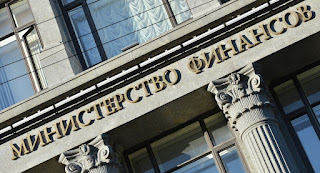 The bill for the regulation of cryptocurrencies and initial coin offerings (ICOs) was jointly presented at the end of December of last year by the ministry of finance and the central bank of Russia.
In going a step further the Russian Ministry of Finance is drafting a bill to legalize cryptocurrency trading at approved exchanges. The ministry is already preparing a list of approved trading platforms. 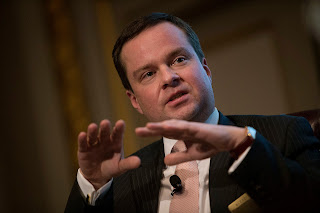 The Russian Deputy Finance Minister Alexei Moiseev told reporters that his ministry “supports the legalization of trade in crypto-currencies on official exchanges,” RNS reported on Thursday.
“We do not want to limit and regulate crypto, but we will set some limits,” he emphasized, adding that “nothing will happen” to those already possess cryptocurrencies, the publication conveyed. The deputy minister was further quoted saying:

This is about the fact that buying and selling [of Cryptocurrencies ] will be somehow standardized. The general idea is that it will be necessary to buy and sell on official exchanges, as it will be legalized.

The bill to regulate cryptocurrency and ICOs in Russia is expected to be adopted in March, according to the chairman of the State Duma Financial Markets Committee, Anatoly Aksakov. President Vladimir Putin has mandated the regulatory framework for both cryptocurrencies and ICOs be finalized by July 1 of next year.

In a meeting with the heads of print media and news agencies on Thursday, Putin emphasized that proper “legislative regulation will certainly be needed” for the cryptocurrency market, Tass also reported and quoted him saying:

It is known that there is nothing behind cryptocurrency. It cannot be a means of accumulation , there are no material values behind it, it is not provided with anything, it can be, in a certain degree and in certain situation, a means of settlement, which is quickly done and effectively.

“If we regulate crypto, but not efficiently enough, then the government will be responsible for the difficult situations that people can get into,” Putin was quoted by RT. “Right now it is the responsibility of the person himself and the government can only say ‘you can do this but you can’t do that,’ and if it’s still not clear then there will be some problems that need to be solved.”

UBA and TEF Partners With UNDP To Empower Entrepreneurs In Africa

Grow Your Fashion Business With The GTBank Fashion Industry Credit

Best Types Of Business loans In Nigeria For Women

How To Get Free Cryptocurrency From Coinbase Earn Program

African Governments are Silent Over Cryptocurrencies and ICOs

Mntrends TV - December 29, 2017
0
The government of most African countries are silent on the use of bitcoin and other cryptocurrencies in the continent. Even financial institutions in the...

Ripple in Trouble for Violating US Securities Laws

Cointext Expands to Asia Countries Near You

Festus Ayomike - June 29, 2019
0
Everyone wants to get a quick loan to pay for almost anything. How about a Mobile App that makes it easy for you to...

How To Open A Chase Checking Account Online For Free

How To Open An FCMB Bank Account Online With Ease

How to Apply For The UBA Revolving Personal Bank Overdraft

Important Things You Must Know About Internet Banking In United States

How To Register For Firstbank FirstGem Business Women Empowerment

Grow Your Business With Firstcurrent Business Account From FirstBank