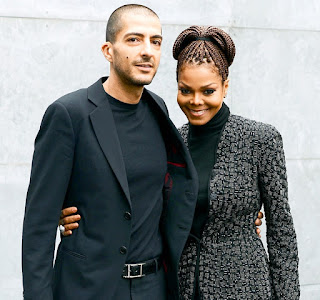 The Grammy-winning singer has given birth to her first child, a baby boy named Eissa Al Manna , on Tuesday, Jan. 3, a rep for Janet confirms to E! News.

“Janet had a stress free healthy delivery and is resting comfortably,” the statement read.

While the living legend has said little about her
pregnancy throughout the past several months in the press, we do know that she’s been enjoying some well-deserved quality down time with her husband Wissam Al Mana .

Jackson married Al Mana, a Qatari billionaire and businessman, back in 2012 in front of family and friends.

We are saying Congratulations to her.

Mission Impossible: Get To Know The Real Tom Cruise

Juventus Football Club To Launch A Crypto Token in Q1 2019

How The Bitcoin Price Crash Is Affecting Investment Websites

Cointext Expands to Asia Countries Near You

Why Use CryptoTab Bitcoin Mining Platform To Make Free Money

Question People Ask: How Did Bitcoin Become This Expensive?

19.5% Tax of Bitcoin Incomes in Ukraine is not an Option

Don’t dare to write Bitcoin off; Bitcoin on road to $10K

Festus Ayomike - November 3, 2018
0
The Wells Fargo bank student loan is a loan that makes it easier for students to focus on study. With its low interest rate...

All You Should Know About The UBA Personal Overdraft Loan

How To Pay Your Insurance Using UBA Mobile Banking App

Quick Bank Loan Options That You Can Get Online From Home

How To Sign Up For Chase Bank Online Banking

UBA Magic Banking: How To Make use Of UBA USSD Code